Hi all,
I want to present my Haunted Fish Tank. It is based on the Peppers Ghost effect. The Glass inside the box is reflecting the Screen from the upper part and the animals and other stuff seem to float in the air. Like Ghostfishes.

It's verry difficult to capture the effect on video. 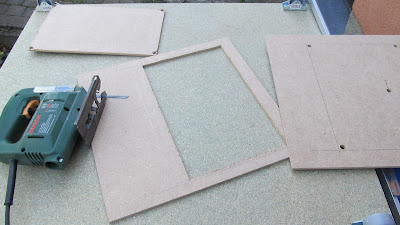 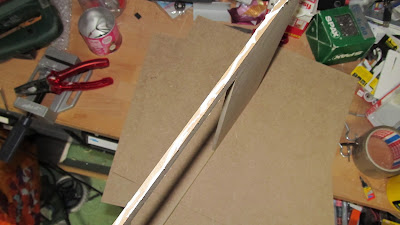 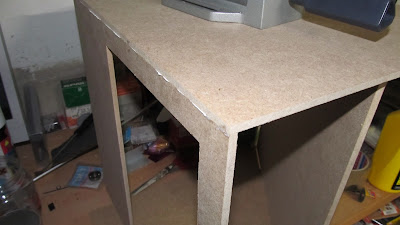 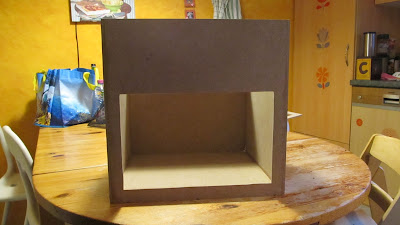 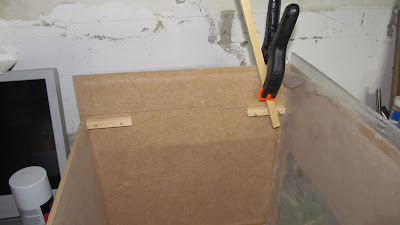 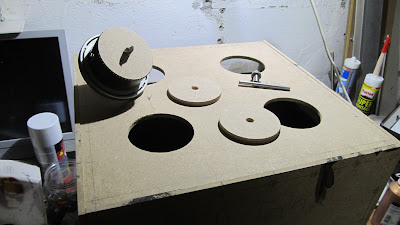 I used 6mm MDF wood panels, and glued and screwed them together.
The cover has 4 big holes, for aeration. 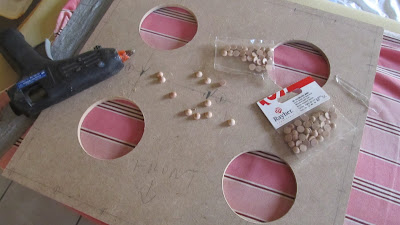 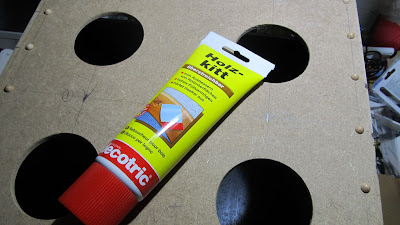 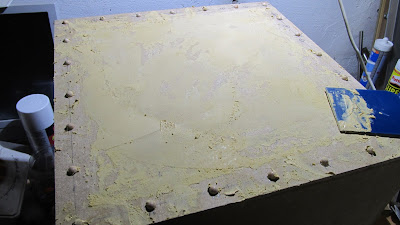 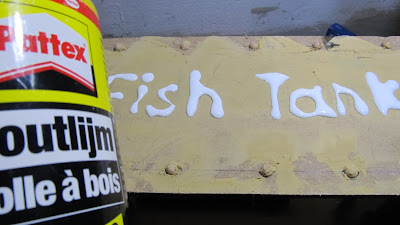 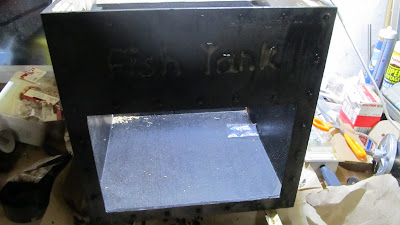 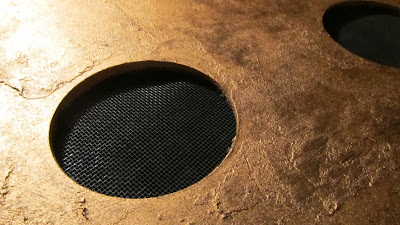 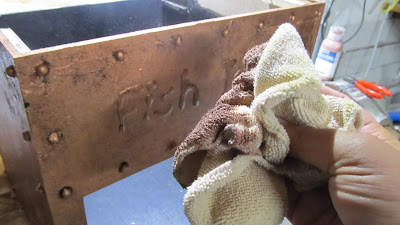 First, I painted the inside of the box black
On the outside I glued half wooden balls to make it look like rivets.

With wooden spatula I made the surface rougher. I used wood glue to write the text on the front. Now let it dry for min. 24 hours. Then I painted the outside black and again I had to wait for 12 hours.

I used copper color and a soft cloth to make it look like an old box made of copper. In the aeration holes I glued fly screen pieces. 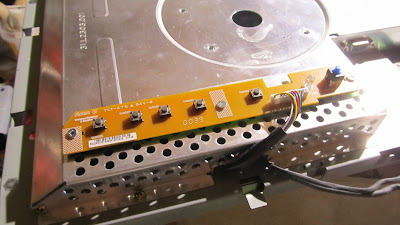 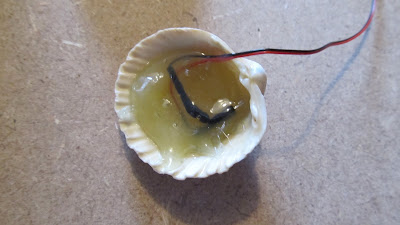 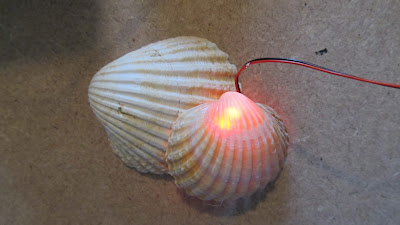 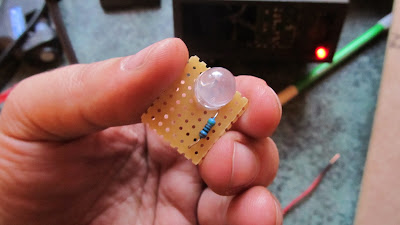 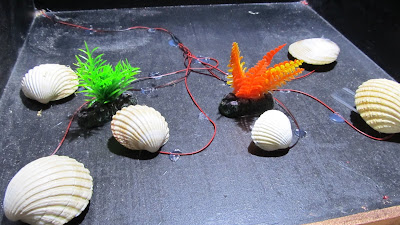 In the middle part, where the monitor will be fixed, I drilled 5 x 10mm holes and glued 10mm blue Leds in.
I used 2 Red, 2 Blue and 2 color changing Led's and glued them with hot glue in the shells. All wired and glued on the bottom of the box. Then I added white stones.

A few skulls, plastic plants and a little statue in the middle, to build the scenery. 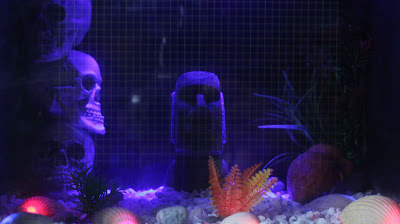 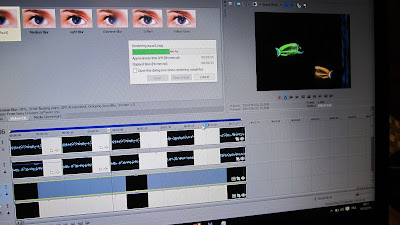 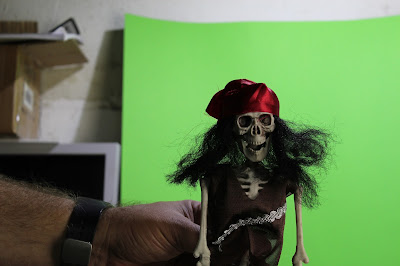 I projected a grid on the screen to mask out all the decoration.

With the objects masked out, I can decide if something is in front or the back.

The Creatures were created from 2D Images. They were edited in Gimp. The fin is animated in Vegas Pro. The Contrast for the animations is nearly set to maximum.

The monitor is reversed, so the video has to be upside down. 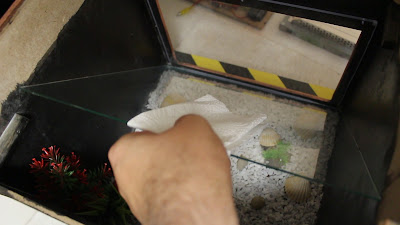 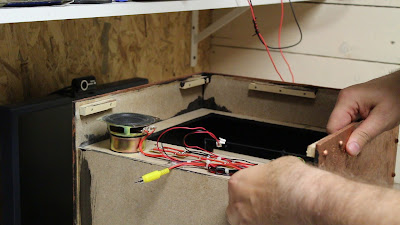 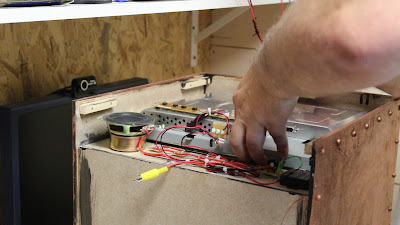 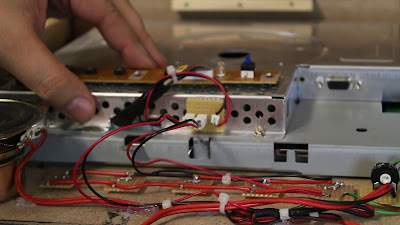 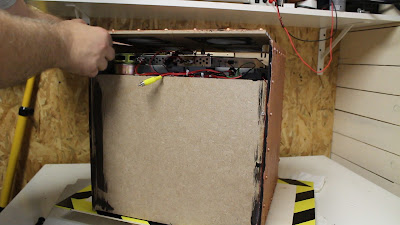 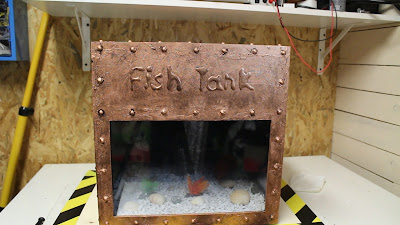 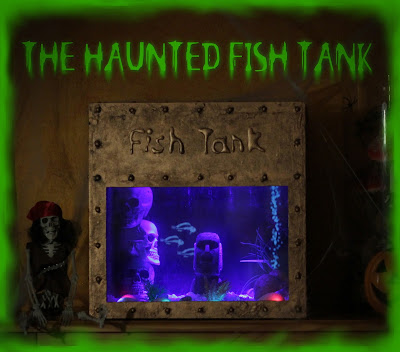 Place the glass sheet in the box. Insert the middle wood plate with the electronic. An old 5W Speaker and a 3,5W amplifier for the sound. I added a 10k potentiometer for the volume.

Place the LCD on it. A little piece of breadboard with connectors to supply the 12V for the LEDs and the audio part.

Finally put the cover on it.

Now connect the Laptop, PC or Raspberry to it and play the video file.